One cold late fall morning early on in our birding endeavors, Kevin and I got this inspiration to head to the Preserve to sight an owl. As if it was that easy. Owls are adept at hiding in plain sight; in all the hours, days, weeks we’ve spent in the woods, I can only imagine the dozens of owls we’ve obliviously passed underneath as they sat silently, confident in their disguise as tree bark.

In what we’ve come to think of as the Owl Woods, a mixed deciduous and coniferous forest with the Mohawk River skirting its eastern border, there is a twisted old tree trunk that looks as if it could be home to any number of beings, but especially an owl. We headed there.

When one is looking for an owl, one sees owls everywhere, tricks of the eyes that transform clusters of dead leaves, gnarled old knots, a hornets’ nest, or debris in the holes of trees into that sought-after thing. That morning was no different, which is why when I first spotted the Great Horned beauty sitting quite perfectly in the open on a dead branch I immediately doubted myself. But not only was the owl truly there, it allowed us the luxury of coming within 50 feet of it. We basked in its presence, taking these shots shown here and genuinely feeling like the luckiest people alive. The owl never flew off, maintaining its sun-filled position until we finally left it in peace.

Naturally encouraged by this encounter, we returned the following week to visit our friend. In the Owl Woods when we didn’t find the Great Horned owl waiting for us where we’d last seen it, we hopefully nosed around the twisted old tree for clues. Just as we were about ready to give up I looked down and my heart fell into my gut. There was a Great Horned owl laying face down on the ground, wings fully extended. I picked it up and saw it’s eyes wide open, lifeless. I felt it’s impossibly soft, immaculately made feathers. I cried. There was no sign of trauma, no explanation for this death. Not knowing what to do, Kevin and I buried the bird in a shallow grave, trying in some way to honor its life.

Then, the most extraordinary thing happened. As we made our way out of the Owl Woods, we heard the hooting of an owl nearby. Then another, and another. As many as three or four individuals on all sides of us, calling out for several minutes. Never before or since have we heard this haunting chorus, but I like to think of it as a lament, a farewell, a thank you. 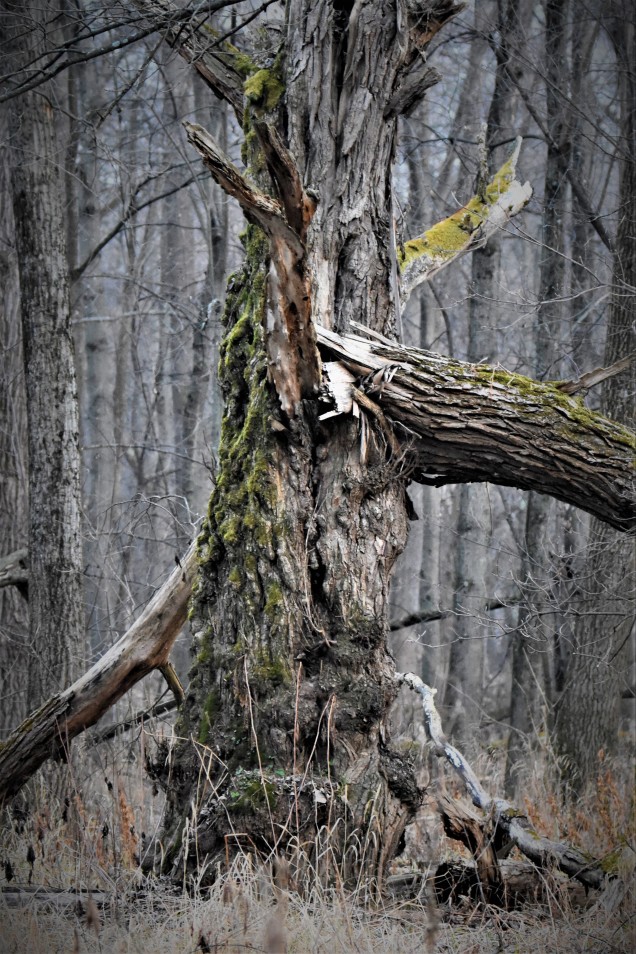